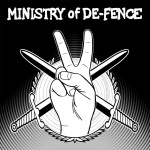 New material from Con Brio has emerged, in the form of a collaboration with a number of artists involved with De-Fence Records.

De-Fence is the electronic wing of Fence Records (home to King Creosote among others). The label previously released a whole album of Love.Stop.Repeat remixes by Fence Collective members (find it here!), but for the past 7 years have also been releasing a series of 10″ EPs, known as 10×10. Each EP featured different artists, including Con Brio and further remixes of early Love.Stop.Repeat tracks. 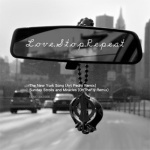 The series now comes to a close with the 10th and final release, which comes in the form of a huge collaboration project featuring 25 artists – as the Ministry Of De-Fence – working on a total of some 19 tracks for the project. The bulk of these will appear on an album in early 2015, where’s 7 tracks appear in this installment.

Limited to only 300 copies, this 10″ record comes with a CDr copy of the EP available here. You can also pick up complete copies of the full series of 10 records here (in extremely limited pressings!).